So I thought I’d save up and share the tidbits that have been happening recently with one post. Yes, it would have probably been better for my stats if I’d parceled out the news, but I find lots of little posts day in and day out pretty annoying on other blogs (who has that kind of time, right?). Since I  don’t want to annoy you guys, I’m not gonna do that here. And, you know, why would I post more than once in a blue moon–don’t want to get TOO
crazy.. 🙂

#1: Today I’m being interviewed on the fabulous Jeri WB’s blog. Her questions were thought-provoking and I even share a couple of marketing tips. Jeri’s blog is a treasure-trove of writing and editing tips, so if you haven’t been there yet, why not click on over today and join the conversation?

#2: YAY! The Body Market is available as an audio book! The fantastic Kristi Alsip is back to narrate what has become one of my bestselling thrillers, and again, she totally nails Leine and the other characters. If you’re looking for a suspense-filled listen for your commute or workout or cleaning spree, then this might be just the ticket!

#3: Due to circumstances I was unable to post yesterday, so thought I’d do it now: if you haven’t picked up Serial Date yet, for a limited time it’s still free. Free Kindle Books & Tips included it in their offerings yesterday. There are some awesome books available at this link, including other thrillers, sci-fi and fantasy, but make sure when you click over to download that they’re still free or on sale.

#4: You know I like free, right? Well, for a limited time, I’m giving away the first book in each of my series–all you need to do is sign up f

or my Readers’ List and you’ll be able to download both Serial Date and The Kate Jones Thriller Series, Vol. 1 (box set of the 1st four novellas in the series) for free! Like I said earlier, Serial Date is  currently gratis on all platforms, so if you’d rather you can go to your favorite retailer and download it there. But the box set isn’t free anywhere else, so if you’d like to give Kate Jones a try, go ahead and give it a whirl. I usually only send a few emails a year–and when I do you can be pretty sure there’s something free happening 🙂 (Plus, if you get tired of me you can unsubscribe.)

That’s all for now. Time for me to go back into my writer cave and continue wrestling the Leine Basso prequel into submission. Have a fantastic week!

Are you ready to listen to some scary stuff? How about win some seriously spooky audiobooks? Well, have I got the event for you…

Come to our virtual Halloween party! Beginning this Friday, October 30, at 4:00pm PST and running through the weekend to the Grand Finale Extravaganza at 4:00pm Pacific time on Sunday, November 1,  a select group of authors has joined forces with me to bring you some amazing stories! Looking for something to read on cold, scary night? Come take a look at these audiobooks. You just might win one of them!

Don’t miss this opportunity! Click this link and join:
Trick or Treat

Here’s what to expect:
Friday, October 30th at 4:00pm PST – Sunday, November 1st at 3:00 PST
You’ll read excerpts, listen to voice clips and watch trailers from our books.
Want to increase your chances to win them?
Then like, comment, or share our posts on the event page.
Grand Finale Sunday, November 1st at 4:00 PST
Want to know who won our books, and have spooky scary fun?
Come to our Halloween party!
Haven’t joined us yet? What are you waiting for?
Trick or Treat 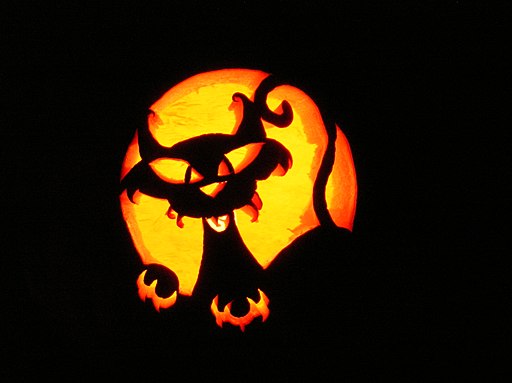 Winners will be chosen at random at the Grand Finale on Sunday. Here’s a sneak peek at the fantastic books that will be available:

Where Did Summer Go: Part 1?

Holy cow! Where did August go? That’s the first time an entire month whooshed by so fast I was caught unprepared for the next. When I finally lifted my head up and realized it was September, I decided to take stock of the month to see why I was stumbling around in a daze with my coffee cup held out as I blinked from the blinding sunlight. (I’ve now switched to straight espresso and wear sunglasses…hasn’t helped.)

August 1st saw the release of CARGO, the 4th Leine Basso thriller. Book launches always seem to consume more time and energy than I remember from the last one, and CARGO was no different. Add to that putting the finishing touches on the new website, signing off on new covers for the series, and making SERIAL DATE permafree, not to mention my parents being here for an extended visit, and the first week barely registered.

The second week of August had me scrambling to get everything into place before the big promotional push for SERIAL DATE, which was August 11th. I was lucky enough to score an ad with both Bookbub and EreaderNewsToday and can I just say, WOW.  The amount of downloads was stunning, with sales of the second, third, and fourth books shifting at a brisk pace (including print, eBook, and audiobook). Peripherally, the Kate Jones series also picked up several new readers. I’d decided to make the first in the series permafree across all platforms, and would do it again in a heartbeat. Sales continue on all of the sites, as do new reviews.

Which brings me to the one caveat I have in doing this kind of promotion for a free book: you’re opening said book up to a LOT of people who will download and read it, even if it’s not in their preferred genre, which is great and all, but keep in mind that book is, in all probability, going to start racking up some not so great reviews. As of this writing, the book has garnered a few 1- and 2-star reviews from folks who, in no uncertain terms, REALLY did not like the book. I’m absolutely fine with that, since SERIAL DATE has a boatload of profanity and some seriously twisted scenes. Unfortunately, I can’t control what people think (except in my books 🙂 ) and always expect differences of opinion, most obviously with this book. But, be prepared–especially if you’ve written something that isn’t exactly all kumbaya…

Next, I took a break from August 14-16 to drive up to Mount Rainier with my family, where we stayed at Paradise Inn for two nights. We all had a fabulous time: the food was great,

the weather was phenomenally clear (we saw the mountain all three days, which is unheard of–she makes her own weather and her peak is generally obscured by clouds),

and the hiking sublime.

The first night we went to to a presentation by a couple of visiting astronomers and it was clear enough to see the Milky Way and several different constellations–we were at the tail end of the Perseid meteor showers, too, and saw a plethora of shooting stars. The next day Mark & I hiked the Skyline Trail and got up close and personal to Nisqually Glacier. As an Eagle Scout Mark had hiked the trail many times with his troop, and hadn’t seen the glacier for several years. He was shocked by how much it has receded. Still and all, it was an amazing visit.

A day after we got back from Rainier, I flew to Appleton, Wisconsin to attend the fabulous Writers’ Police Academy. Stay tuned for Where Did Summer Go: Part 2 tomorrow…